What Are the Different Types of Car Accidents? 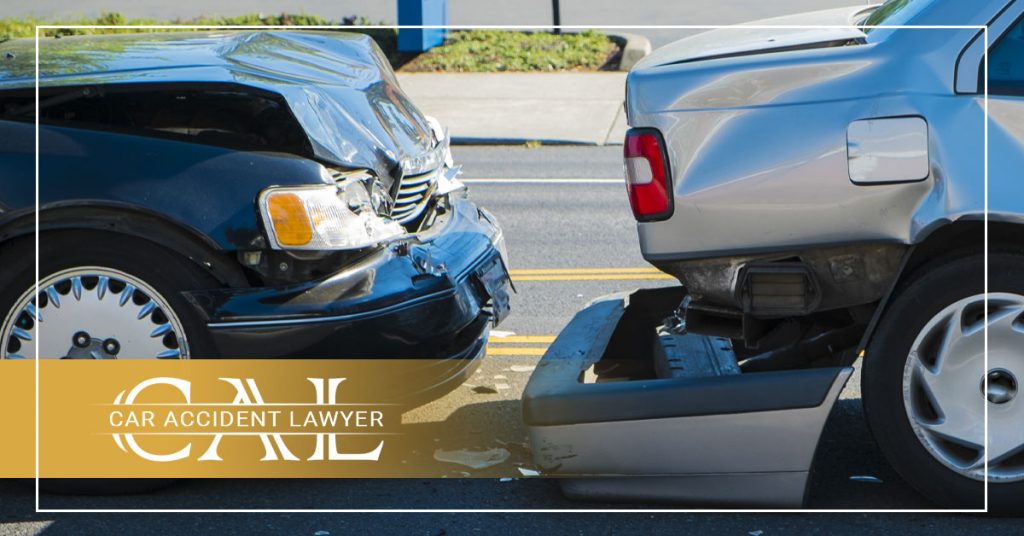 Have you had a car accident and believe you need compensation? One of the first steps to take is to know the types of car accidents, so you can work out what happened and who was to blame. Once you have done this, you can start legal proceedings to safeguard your health and financial recompense.

To assist, we have provided a guide on the types of car accidents. Read on to see which of these you may have been involved in and get the process started.

A rear-end collision is one of the most common car accident types. It occurs when one vehicle makes an impact with the rear end of another. Determining fault in these instances is usually quite a clear cut matter, with blame being placed on the vehicle that has made the rear collision.

The reason for this is that if a vehicle stops in front of you, to be a responsible driver you should always have left enough stopping distance, regardless of the situation. This puts the blame on the rear driver, not the vehicle in front. To avoid being the at-fault party, you should always leave a reasonable and safe stopping distance between you and the party in front.

A head-on collision is the most dangerous type of traffic accident. It often has fatal consequences. It occurs when the front of two vehicles collide with each other directly.

As the vehicles are very often traveling at high motion, you get a lot of damage to the vehicle and the passengers. It can happen when one vehicle strays from its lane or swerves into oncoming traffic. A head-on collision may also occur with stationary objects and cars.

A side impact usually occurs at junctions, when one car is pulling out, or someone has run a red light. This causes it to drive head-on into the side of a vehicle making a turn or driving past. Side impact accidents can also occur if a vehicle drives into an object, such as a tree, telegraph pole, or wall.

A rollover is one of the more rare car accident causes but is extremely dramatic, dangerous, and damaging. It happens when one car flips onto its roof, either through a collision, or misjudgment of a turn at high speed. They can also be influenced by weather, road conditions, and the driver.

In addition, the type of vehicle plays a part. Higher sided vehicles such as trucks and SUVs are more likely to roll due to their height to weight ratio. Most vehicle rollovers are actually the result of a single-vehicle, and the driver plays a huge part in this type of accident.

Single car collisions can also have classification under other accidents, such as rollover or head-on. Generally, a single-car accident is an occurrence in which only one vehicle is damaged. It may be caused by the vehicle running off the road or colliding with an object.

Many of these car accidents causes are by speeding. When turning or driving in bad weather at speed, this can result in loss of control. Driving under the influence of drugs and alcohol can also be a factor.

A sideswipe is different from a side-impact collision. It occurs when the side of one vehicle hits the side of another, either while both in motion or with one car being stationary. Vehicles must always be traveling in the same direction for it to be a sideswipe accident.

Sideswipe accidents commonly occur when one vehicle travels out of its lane. This may be to overtake, when they’re not paying attention or if they are driving under the influence. One other common problem is not checking a blind spot when pulling out.

Sideswipe accidents can occur when one car is not moving. This may be when the moving cars hit parked cars along the side of a road.

If a road accident involves more than two cars, it is known as a multi-car collision. These are very serious, as they often have a domino effect in which other vehicles quickly become part of the crash. It usually happens when the impact from one collision moves vehicles into the path of others.

This chain reaction may be exasperated if oncoming drivers are not paying attention. If a car becomes pinned between other vehicles, it can have very fatal results.

Other Types of Car Accidents

There are numerous other classifications of car accident types, some of which may overlap with the ones mentioned above. Drunk driving accidents or driving under the influence are very common. They occur when one person has taken alcohol or drugs and is no longer in control of the vehicle.

Another form of ancient that can be avoided is distracted driver accidents. While there are numerous reasons a driver may take their eyes off the road, one that is on the increase is the use of a cellphone. Accidents caused by a driver taking calls and instant messaging are on the increase and face heavy punishments.

One way to safeguard yourself from all types of car accidents is to get a comprehensive insurance plan. This will mean you are financially stable should any accidents occur. If they do, you should also find an experienced, reputable lawyer to deal with the legal ramifications.

When looking for a lawyer, your first stop should be the Car Accident Lawyer. We can get you compensation if you are in a car, motorcycle, or trucking accident. Contact us today to discuss your needs, and get the compensation you deserve!