Motorcycle Accident! How to Know Who Is at Fault? 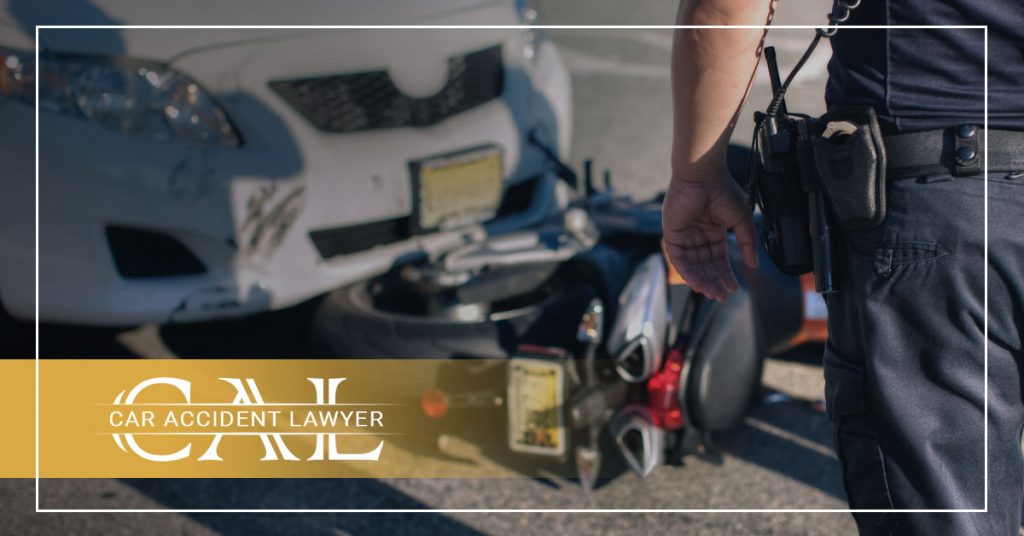 Distraction was reported as a factor in about one of every five crashes that involved injuries. In fact, we’re 23 times more likely to crash while texting and driving. About nine people die each day due to distracted driving, too. Texting and driving is only one potential cause for a motorcycle accident in Tampa, though. Understanding what caused the crash can help you determine who is at fault.

If the other driver’s negligence caused your crash, you’re possibly entitled to compensation. Compensation from the accident will ensure you can cover your losses. That includes your medical bills and repairs to your vehicle.

How do you determine who was at fault in a Tampa motorcycle accident? Keep reading to find out.

After reading this guide, you can contact a motorcycle accident lawyer and start making your case.

Read on to learn more!

Leading Causes of a Crash

Over 5,000 motorcyclists die each year in crashes. In fact, motorcyclists are 29 times more likely than passenger car occupants to die in a crash. Understanding the potential causes of a motorcycle accident could help you pinpoint fault.

It could also help you avoid a crash in the future.

A few factors that might lead to a motorcycle accident in Tampa include:

Consider what happened right before your motorcycle accident. Did someone change lanes in front of you? Were you in the process of making a left turn?

Take the time to schedule a consultation appointment with a motorcycle accident lawyer. Walk them through what happened before the crash.

Your lawyer will determine what evidence to gather that can prove the other driver was negligent, thereby at fault for the crash.

Before you file a motorcycle accident lawsuit, it’s important to identify the party (or parties) who are legally liable for the crash.

Remember to contact a motorcycle accident lawyer first. Then complete a comprehensive investigation to determine fault.

Most people immediately think the other driver is the only party they can hold liable. However, other, potentially liable parties could include:

You can’t earn compensation for the crash until you determine who was at fault. If more than one party was at fault, you can maximize your claim.

Determining Who Was at Fault

In order to win your motorcycle accident claim, you’ll need to prove the other driver was negligent. Proving you have a valid claim involves four elements.

First, you’ll need to prove duty of care. Duty of care is the at-fault party’s legal obligation to act or drive in a safe manner. All motorists should do everything in their power to prevent an accident.

Your lawyer will compare the motorist’s conduct to that of a reasonable party.

Next, you’ll need to prove there was a breach of duty. This breach indicates the driver neglected to act carefully. For example, perhaps they failed to follow a traffic rule.

Maybe they were speeding before the crash occurred.

Next, your Tampa motorcycle accident lawyer will need to prove causation. Causation indicates the driver’s negligence caused the crash, and therefore your injuries.

Next, you’ll need to prove damages. Keep track of your medical bills, lost wages, or property damage. Your lawyer will need this evidence when building your case.

Here are a few other factors that can indicate who was at fault for the accident.

Immediately after you’re in a crash, make sure to call the police. In some states, you’re legally obligated to file a police report after a crash. The officer who arrives will file an official police report.

They’ll assess the crash scene and talk to all parties involved. Then, they’ll draw information from the damage that occurred to each vehicle. They’ll look for physical evidence like skid marks, too.

They might give a driver a ticket for running a red light or breaking another traffic rule.

Your lawyer will look at the police report when building your case.

In some cases, camera footage can corroborate your statement. The footage could prove the other driver was at fault for the crash.

The police officer who arrives at the scene of the crash might interview a witness as well. The witness statement might indicate who or what caused the crash. Their statement might corroborate your side of the story.

An insurance company will make its own assessment of what happened.

Make sure to gather evidence while you’re still at the scene of the crash. For example, you should take photos of both vehicles involved. You can also take video footage.

The footage you gather could help the insurance company recognize you weren’t at fault for the accident.

Make sure to hire an experienced motorcycle accident lawyer before pursuing a lawsuit. They can help prove you weren’t liable for the crash.

Your lawyer will start by gathering evidence to corroborate your side of the story. They might rely on a professional network, too. For example, they might call an investigator or medical expert.

Your lawyer’s experience and expertise can help you prove the other driver was at fault for the accident.

To recap, who is at fault for causing a motorcycle accident? An experienced lawyer can help you prove the other driver was at fault. Their experience and expertise can help protect your best interests.

Do you have a case?

You don’t have to gather evidence on your own. We’re here to help.